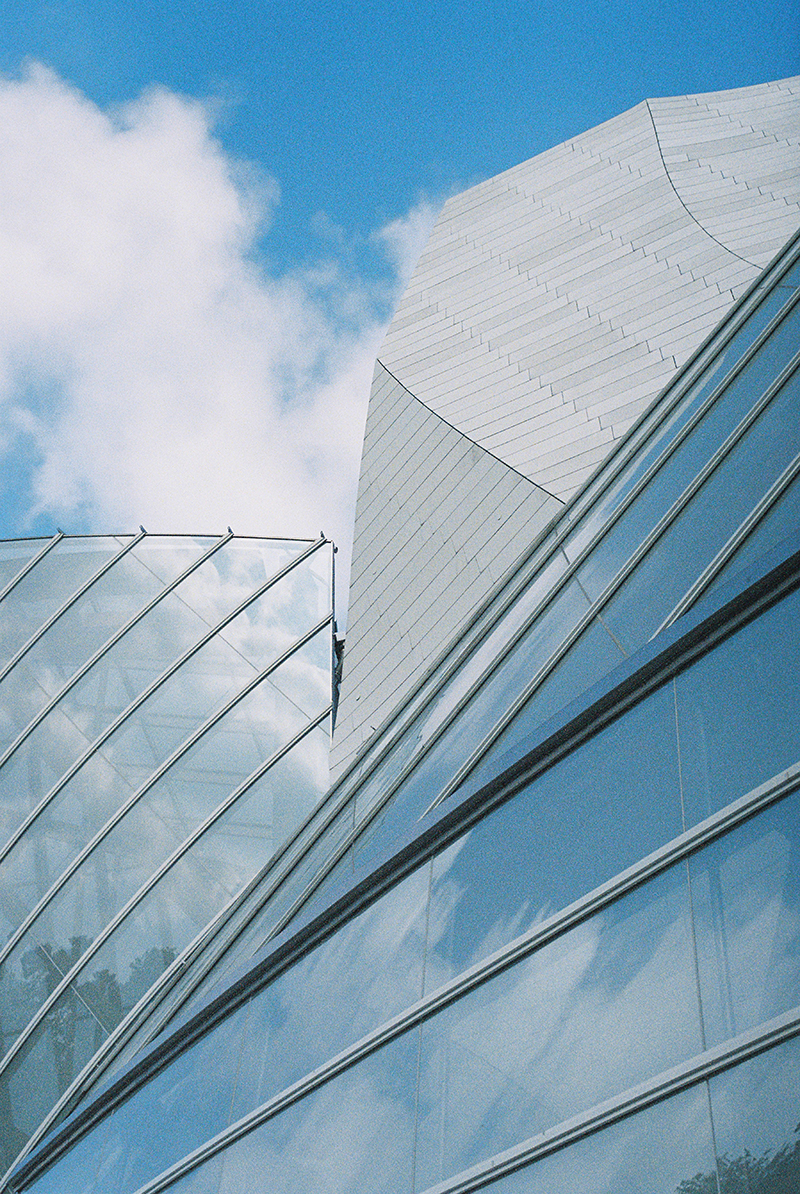 You either die a Hero Shot, or you live long enough to see yourself become a Story —

Frank Gehry makes iconic buildings. I should correct that: the Office of Frank Gehry makes iconic buildings. Their projects are probably amongst the most photographed in the world—and in fact, an entire cultural phenomenon known as the ‘Bilbao Effect’ was coined to describe the way a certain Guggenheim Museum (1997) regenerated a Basque fishing town that had fallen by the wayside, through architecture that captured people’s imaginations. Tourism and the town’s economy and popularity boomed in its’ wake.

But hardly anybody could draw a Gehry building. He famously scribbles or scrunches paper and his team make it happen. With no real front, back, or sides, his architecture lends itself instead to being shown in slivers and slices; smaller moments ... how materials respond to light rather than big, heroic wide-angle shots capturing everything.
This idea became the kernel for this series of shots I took when visiting his Fondation Louis Vuitton museum in Paris. I worked only with a ‘normal’ lens, more suited to portraiture than architecture. Loved that limitation.

It was fun to shoot. It’s a starting point, I think, for further experimentation. 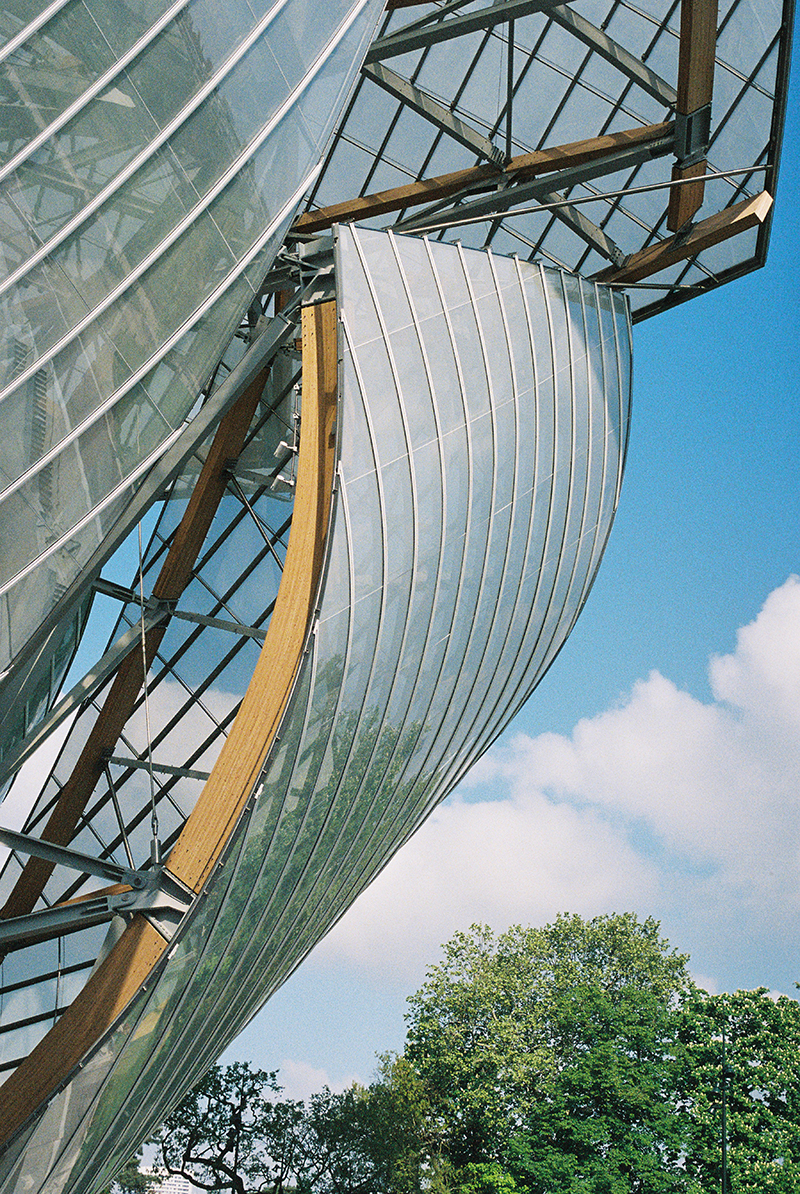 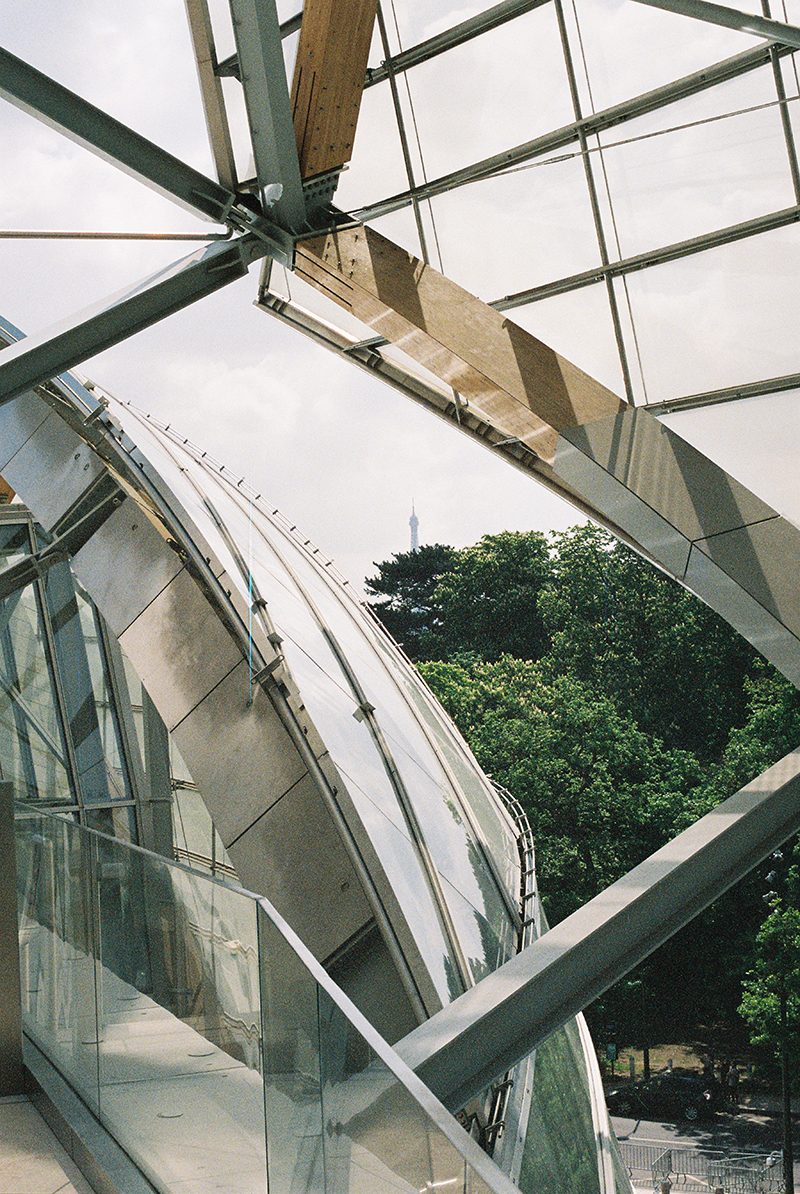 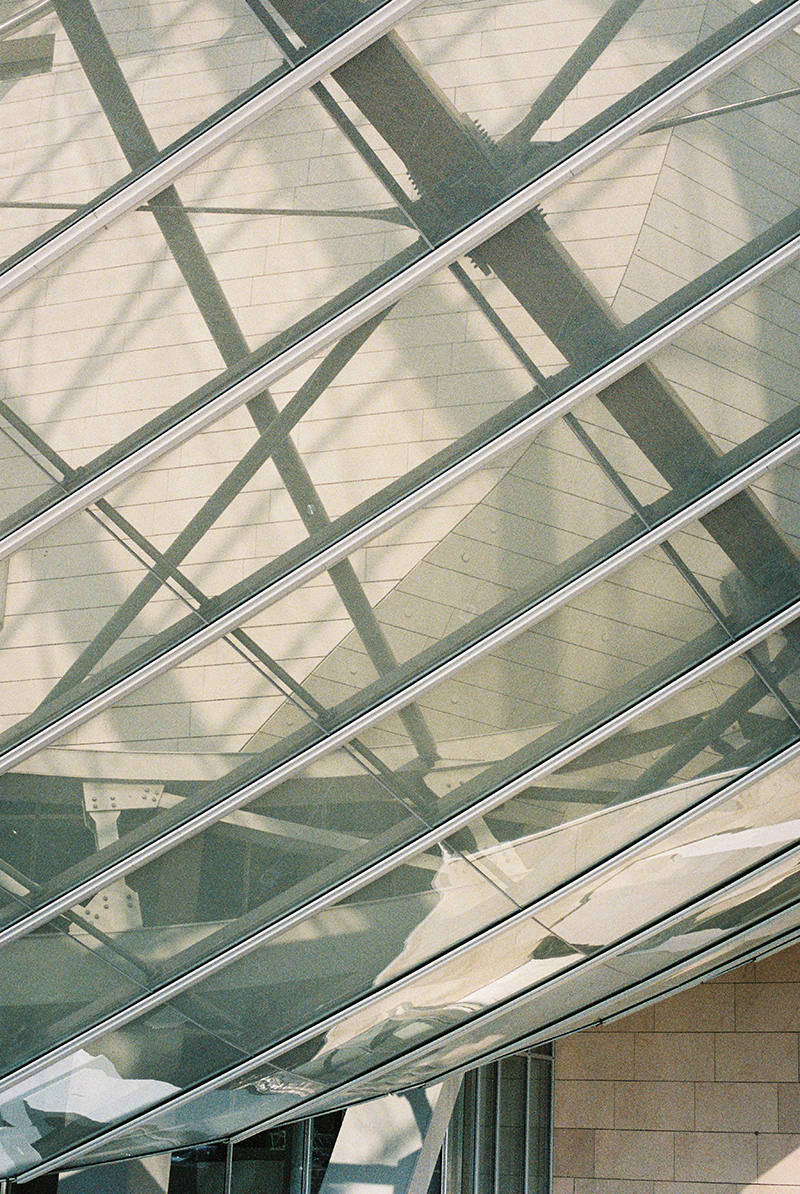 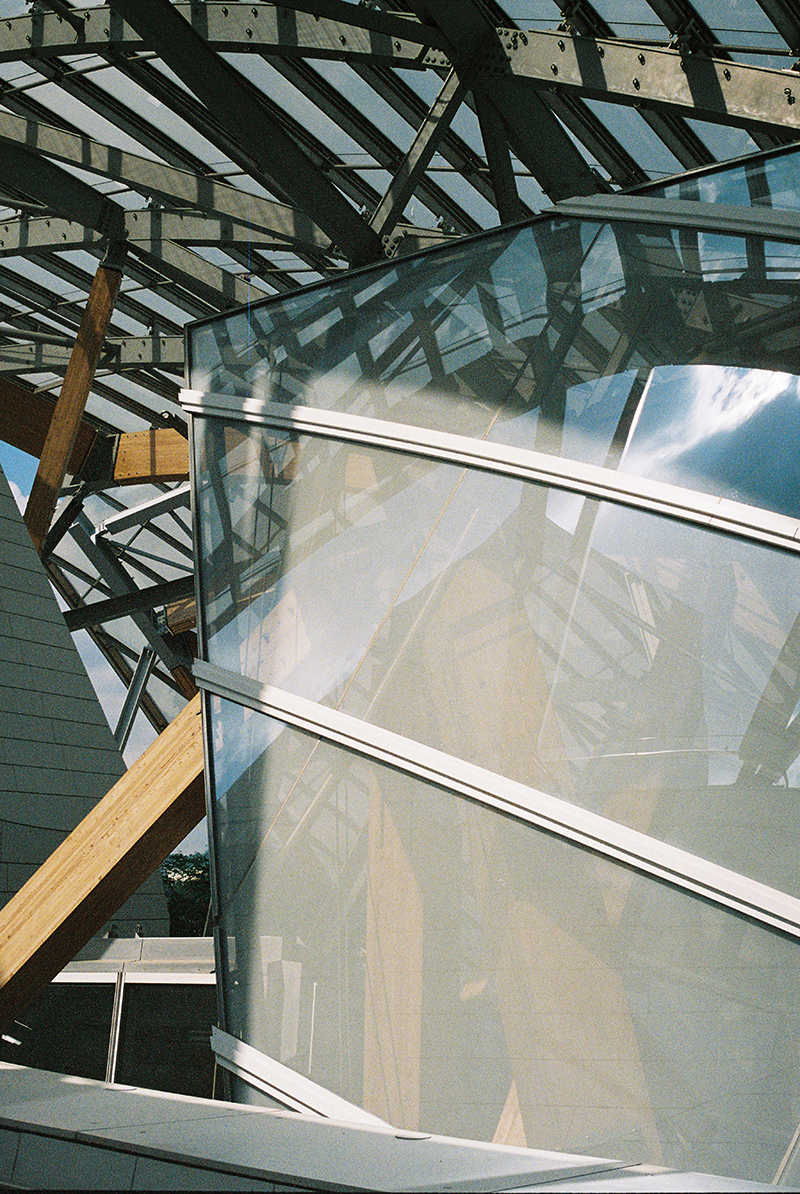 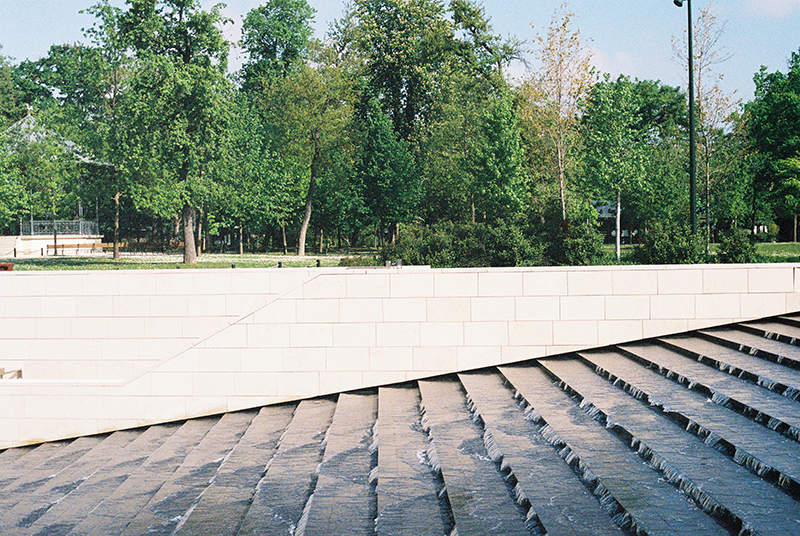 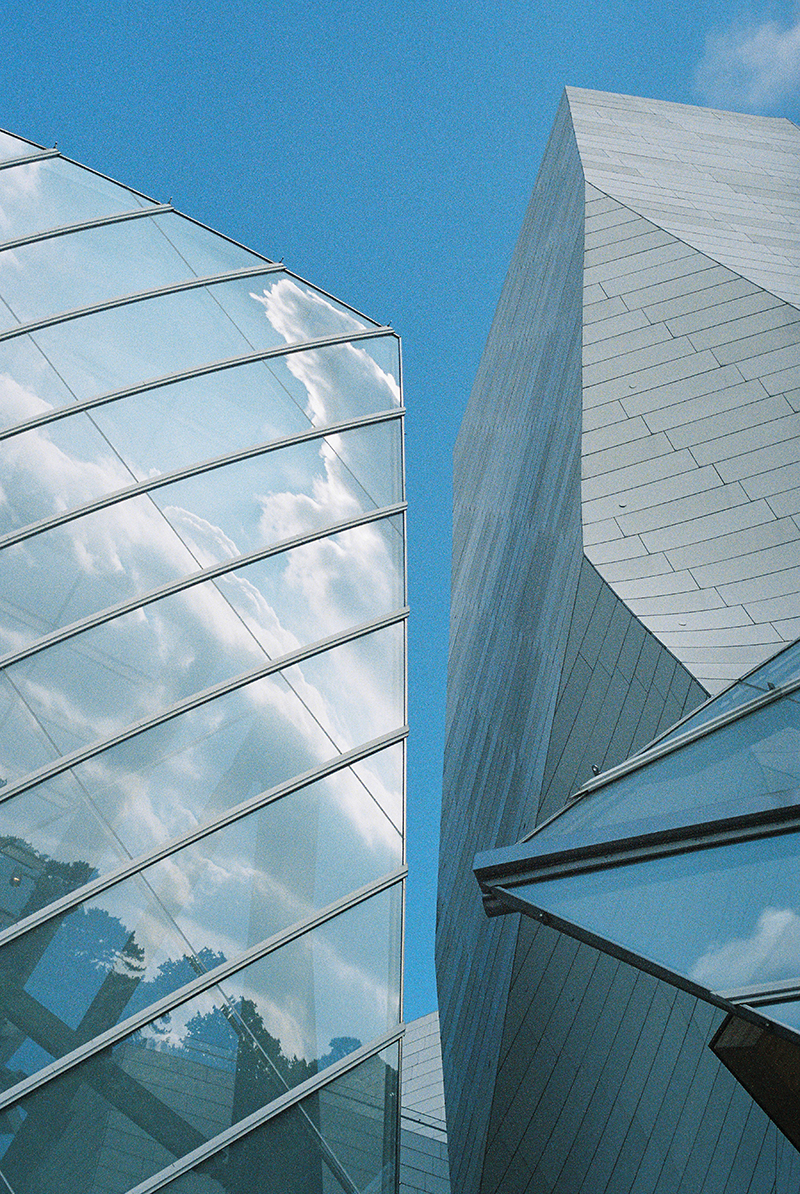