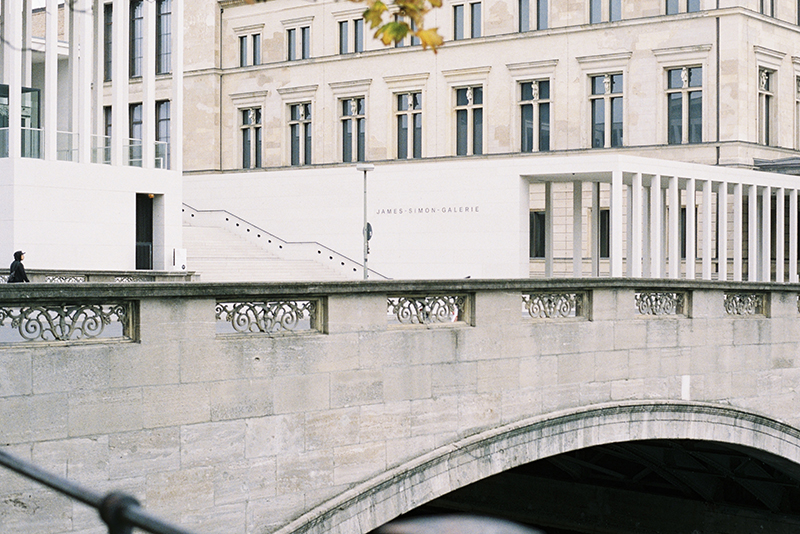 The term “Galerie” was a misnomer, I learnt, visiting the newly minted James-Simon-Galerie from the office of David Chipperfield at Berlin’s Museum Island. Expecting to pay a couple euros to see primarily the gallery space, and secondarily its content (as is commonly my problem), I was pleasantly surprised to understand that for this project at least, the container was the content.

As the first thing you see approaching Museum Island from the south, James-Simon-Galerie stitches together the disparate entries for the Pergamon Museum, the Bodemuseum, the Altes Museum and DCA’s own Neues Museum — which remains for me a firm architectural favourite. It does so through its instantly-classic language of sleek stone colonnades; a sheet of white masonry seemingly machined apart at even intervals to reveal the lives and actions of its users behind in repetitious, predictable rhythms.

It serves as an entrance pavilion and a place for sensory orientation, its series of part enclosed perimeter walkways becoming a in-between layer of space separating hectic Mitte and the different temporal and cultural worlds you enter into when you’re inside the museums.

Where rendered as solid, the continuity and purity of the stone in the stairs, walls, and plazas serve to frame the other architectures on the island, which vary in age and style and presence. For me, the power of the Neues Museum was always in that big chamber: that modern white thing so elegantly restoring the functionality that had been bombed-out, at the same time magnifying the beaten beauty of how the architects had found things at the start. The James-Simon-Galerie seems to scale up that impact to its precinct. 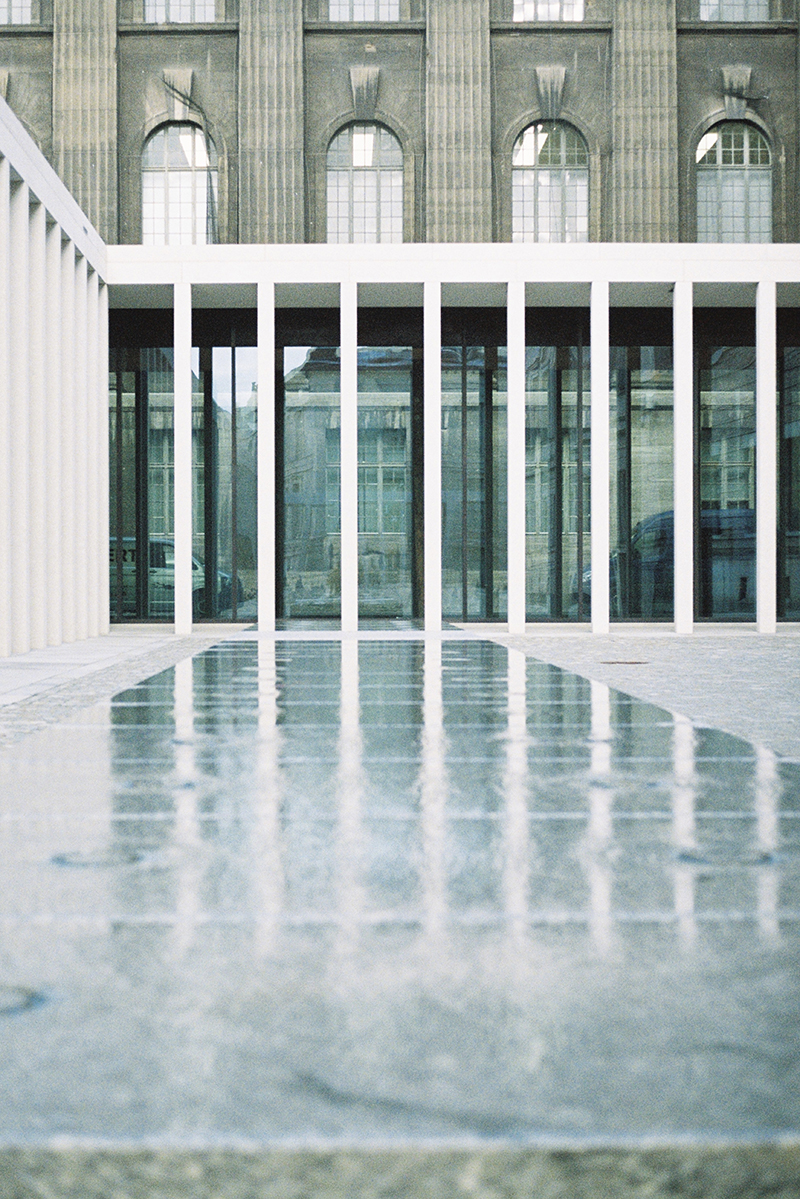 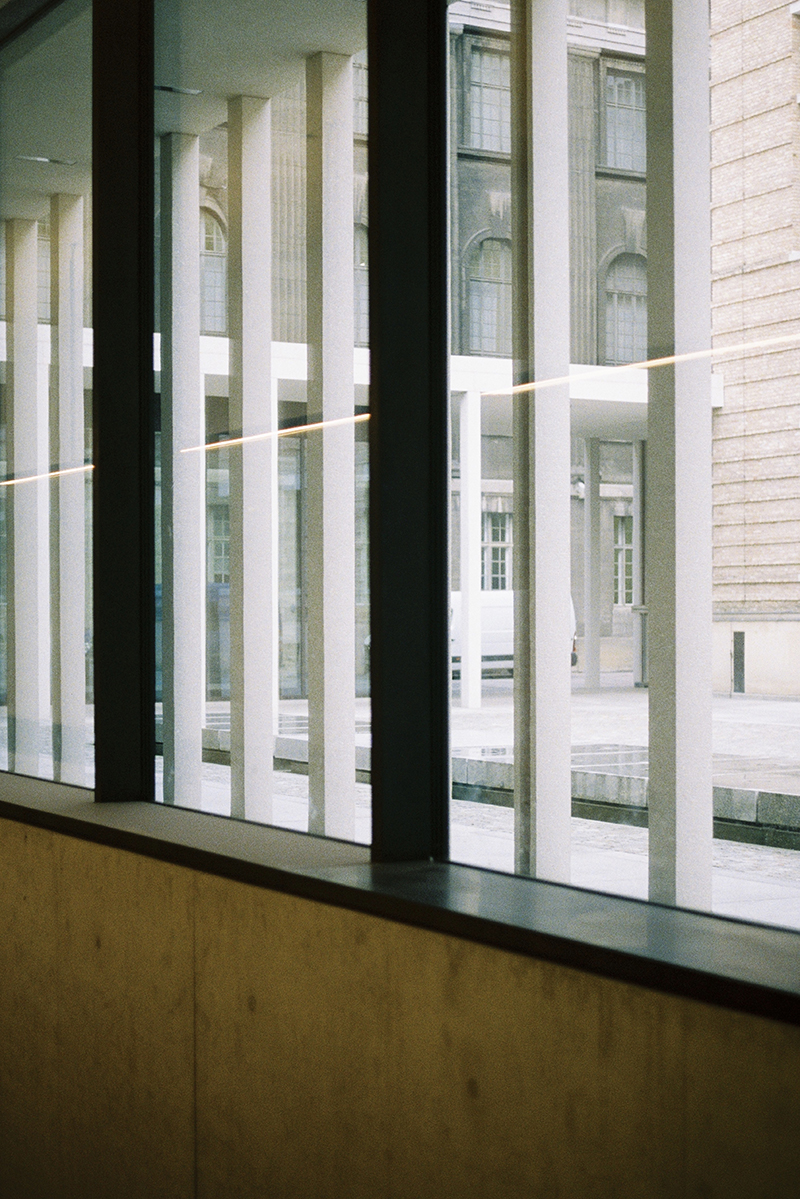 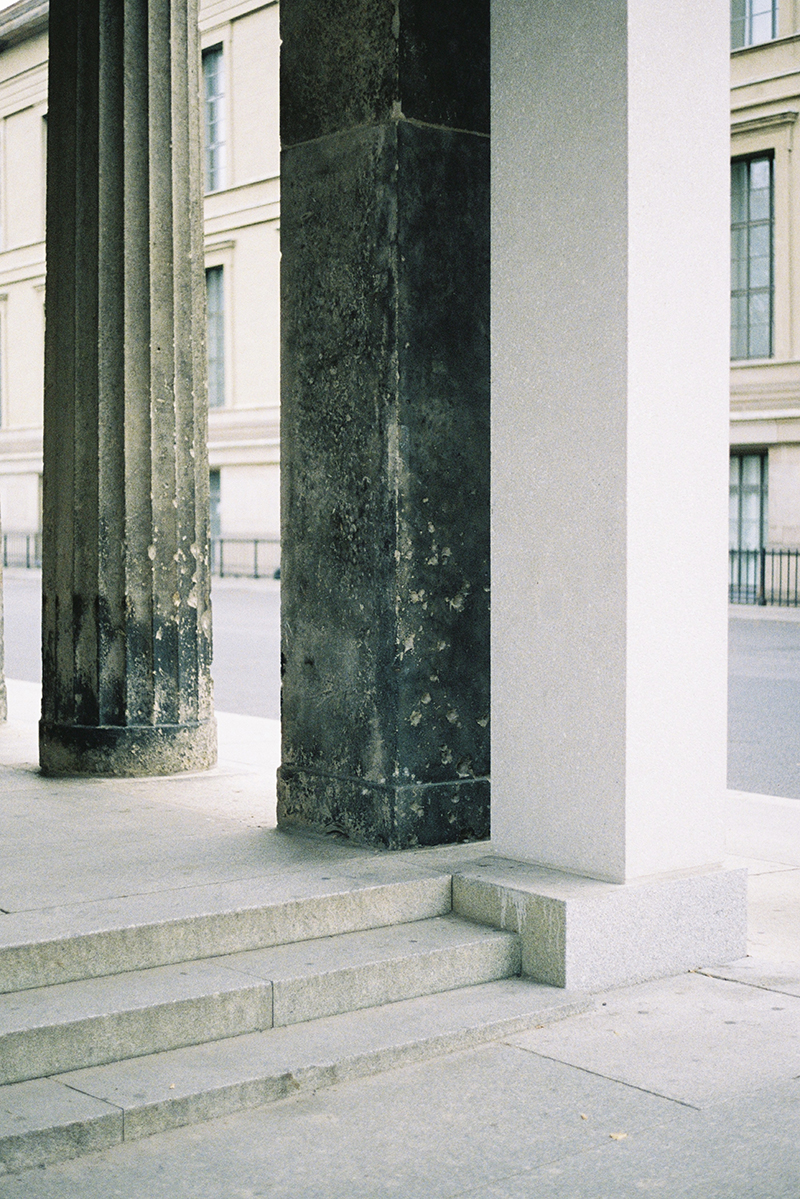