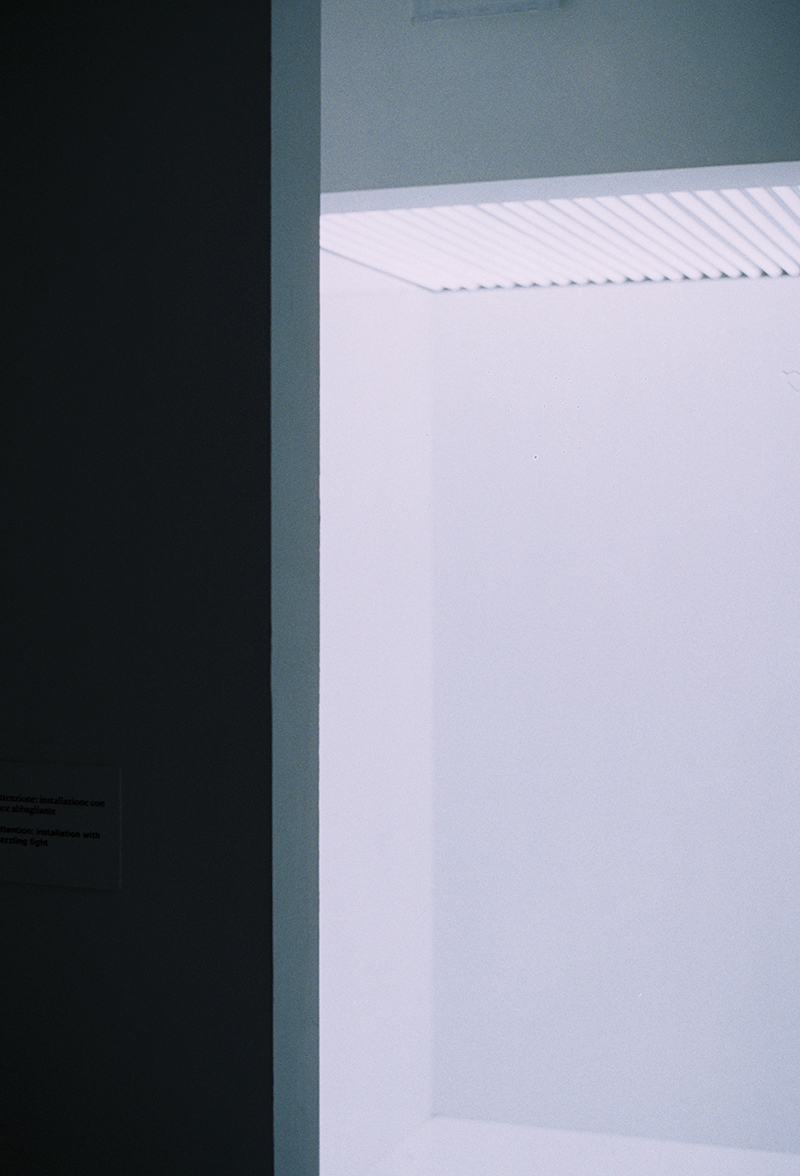 May You Live In Interesting Times (Part I of II) —

I loved that the theme for the most recent Venice Biennale of Art was a bit slippery with its meaning, demanding from you a different kind of attention that is present with all artistic encounters that stay with you. The words, "May You Live In Interesting Times," I think, are in a way a question and a statement at the same time.

On the one hand we do indeed live in interesting times, where the daily news can seem very weird, like it's from another planet entirely (should you choose to pay attention to it.) And the people who seem to run this world that incidentally is on fire are likewise quite bizarre: maybe a bit ignorant of their privilege, maybe a bit abusive of their power, and definitely uncaring about "normal" people—or at least that's the specific perception that I, or those likeminded to I, get from the constant flow of stuff all the devices and algorithms that feed them put before my eyes and ears.

On the other hand the theme poses a challenge: is it possible, in fact, to live in these Interesting Times—like "May" you ...literally?—and if you May, then How May You do that?

There's no doubt the work this year took on a very political leaning; seemed really about confronting the visitor with the Other, almost as a counterpoint to the trend towards nationalism being reported from everywhere in this election, in that referendum, in these protests for that cause and that cause too. Constantly. But there is only so much of that mood you can take before the collective weight of everything means you don't really have a nice time, and the Biennale becomes Work instead of Art.

This was the third Venice Biennale, and first for art that I'd attended so far. What always sticks with me going to them is the sheer quantity of content, how there can be so much of it and all so so good from so many places. But also in this torrent of art you take in, I always find that the pieces that you're best able to be in any way articulate over are those less about information than about experience: those that are spatial, about the senses, that show and don't just tell.

For me this year a couple really stood out and one was Ryoji Ikeda's "Spectra III" in the Main Pavilion, so innocuous in the way it occupied just the tiniest passage between rooms, a passage that I'm guessing wasn't even there in the original architectural design:

This hallway would've been about 3 metres long. Its floors and walls were clad with white and shiny something, its ceiling made entirely of continuous white fluorescent tube lights stacked one after the other; so that the entire space glowed bright and so incredibly white; which made it feel actually temperature hot. People sped through it, squinting, protecting themselves, trying to hold their eyes open long enough to take a picture on their phone but finding the exposure all a bit much. They got out of there, fast, back to where they could be in their own space, in any sort of relative comfort, where they didn't seem to constantly watched, so constantly lit. It seemed to sum up everything, the feeling and the sentiment behind the festival's prevailing theme, with a real simplicity—it was so direct and uncomplicated and beautiful.

The other great work I saw first here, in the Giardini, but really hit home when it popped up again in the Arsenale. Will be right back with that... 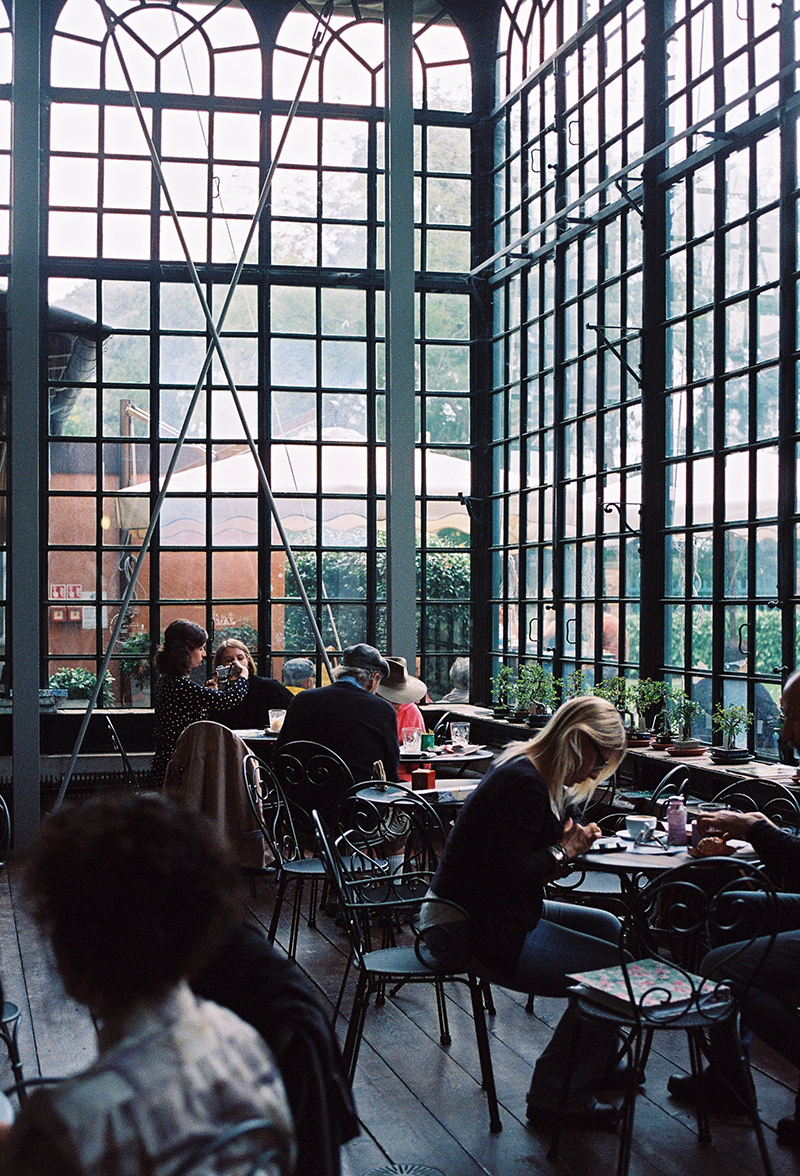 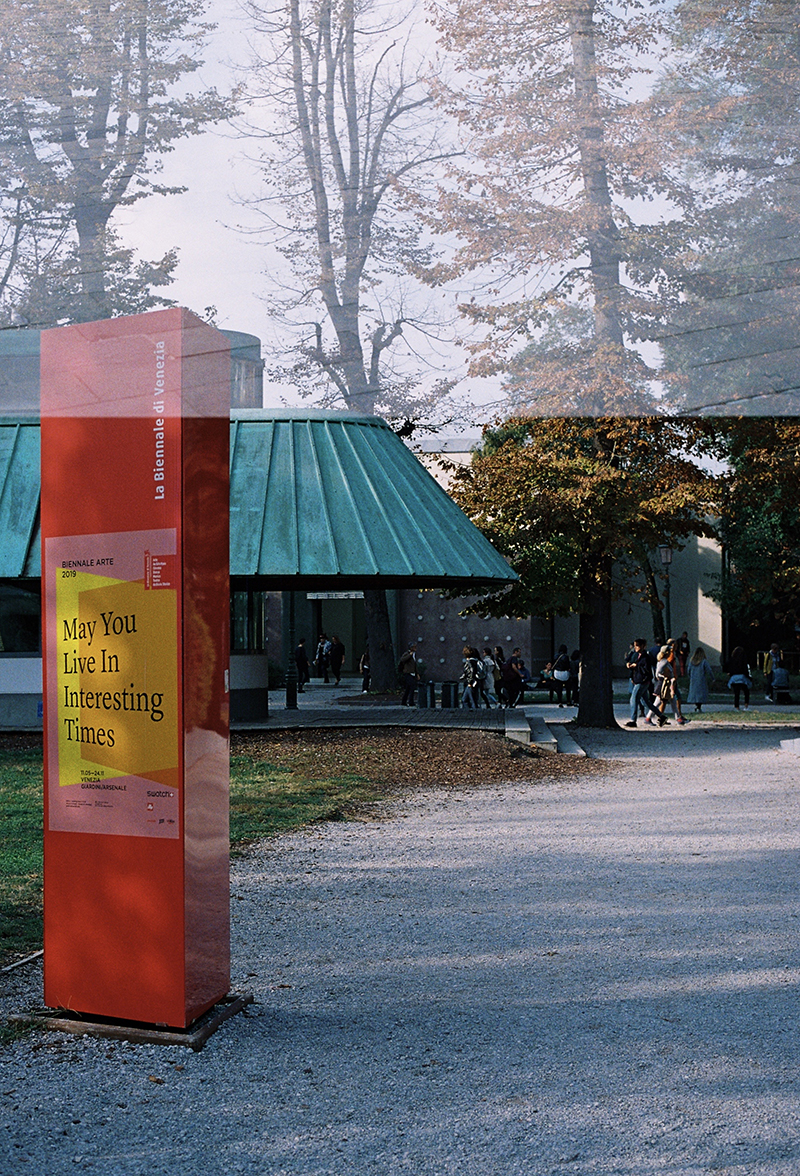 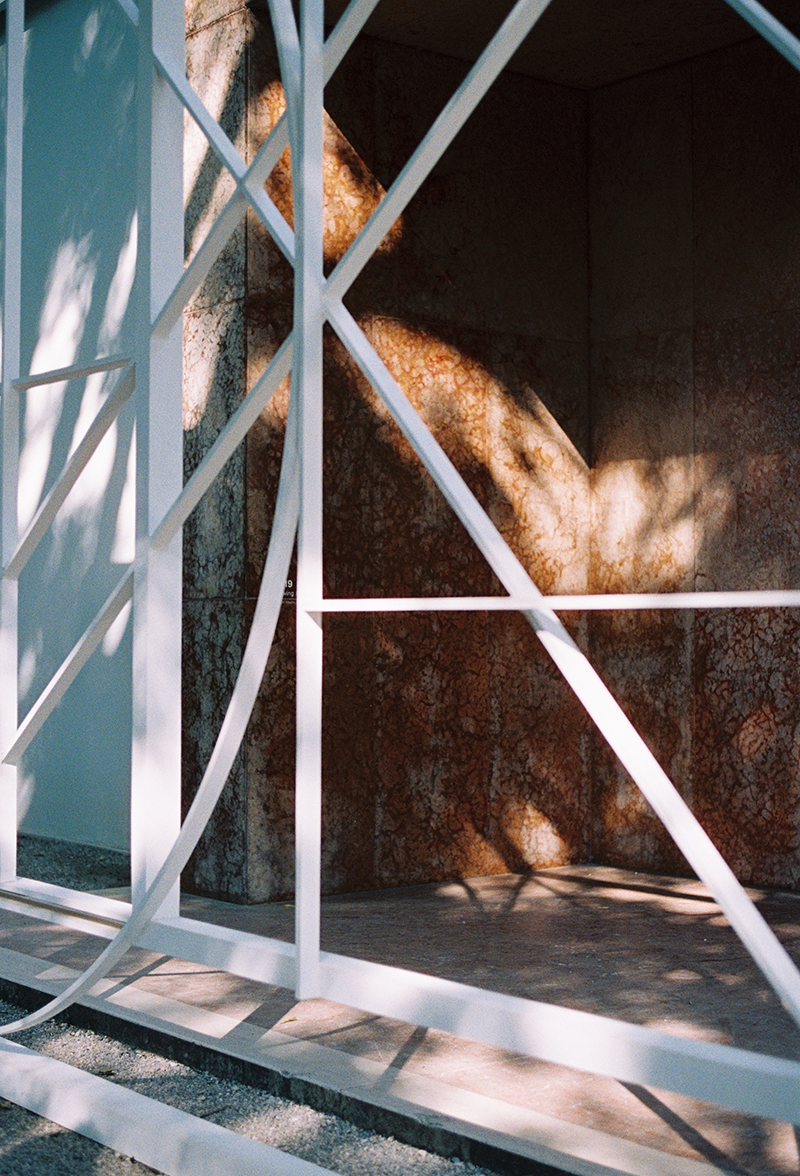 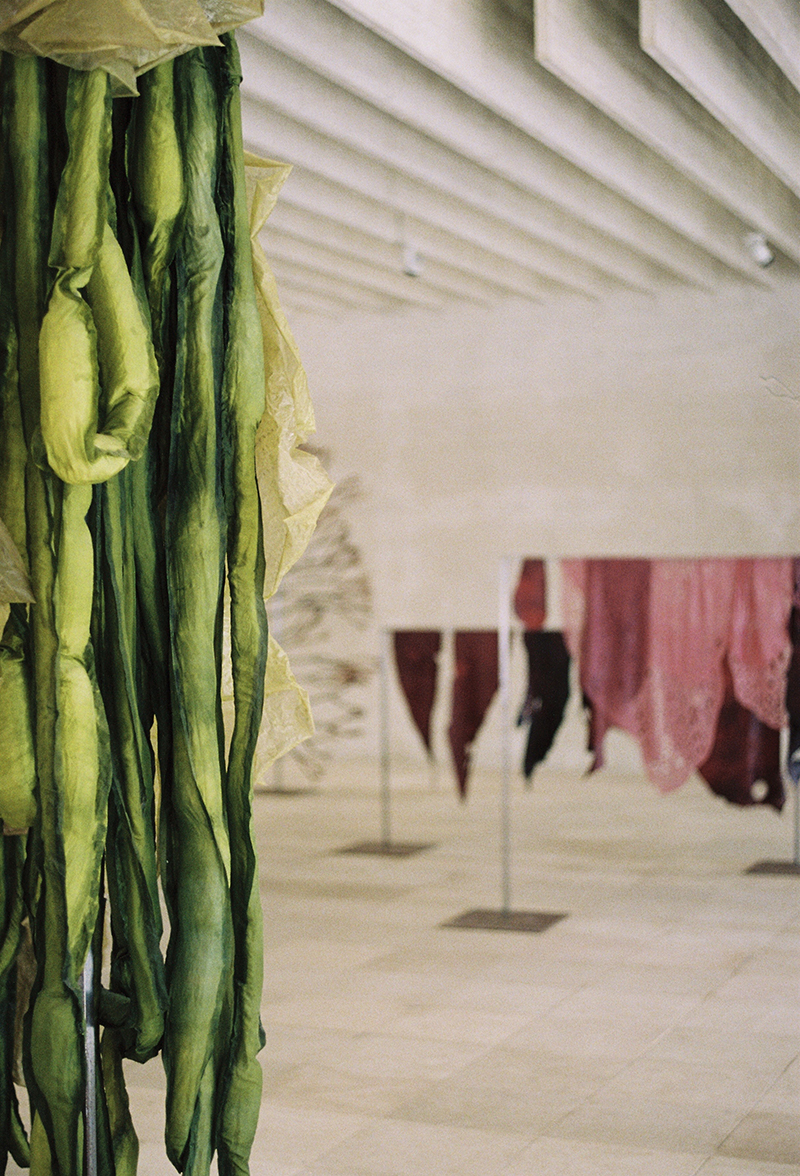 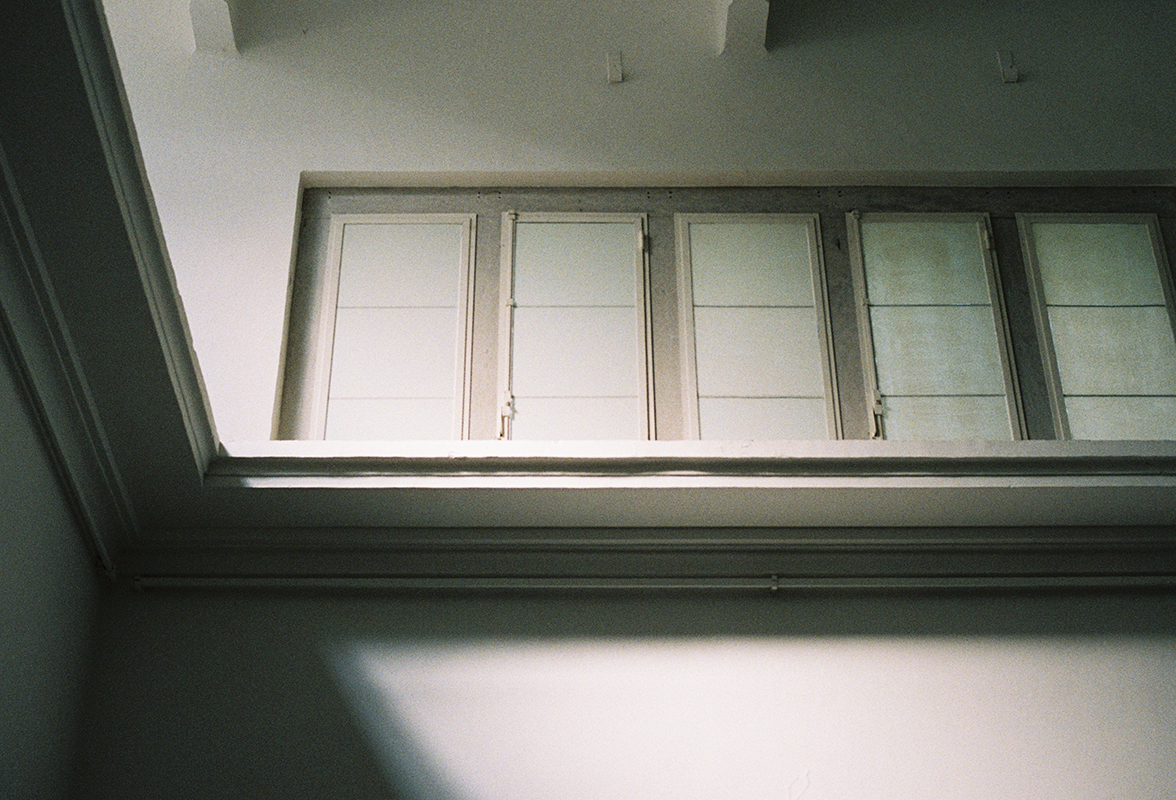 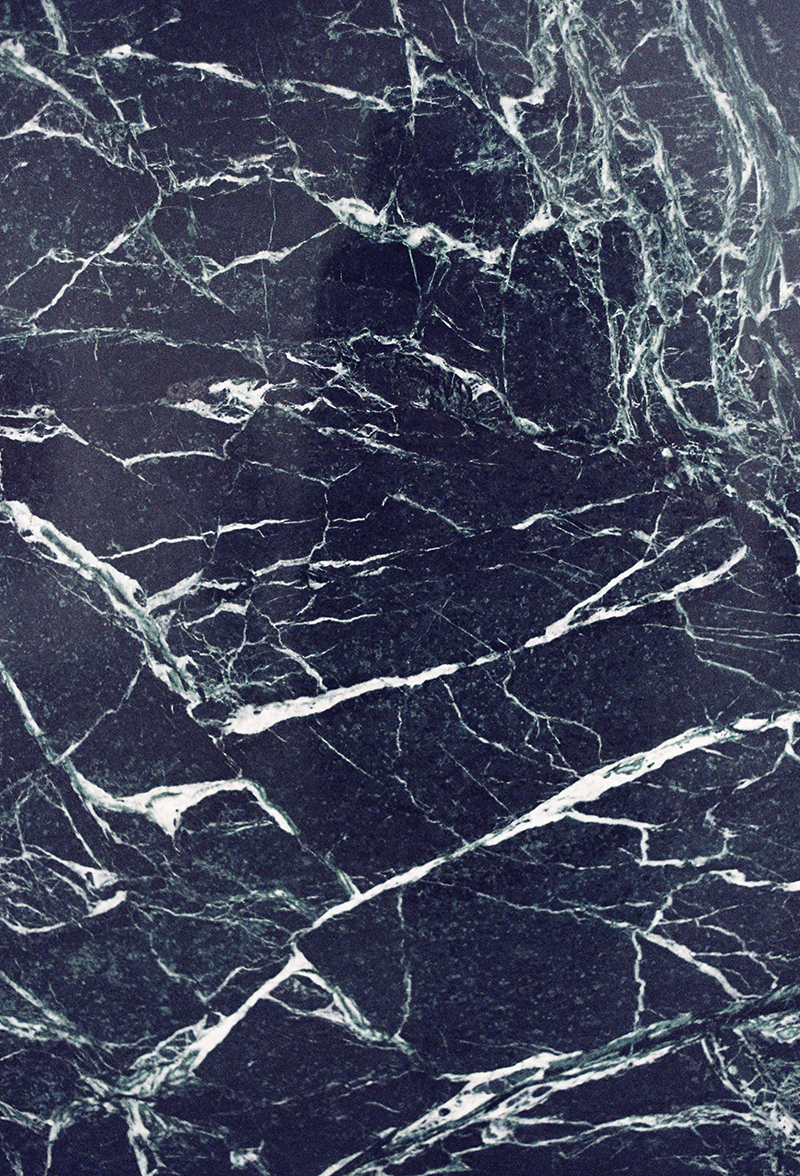 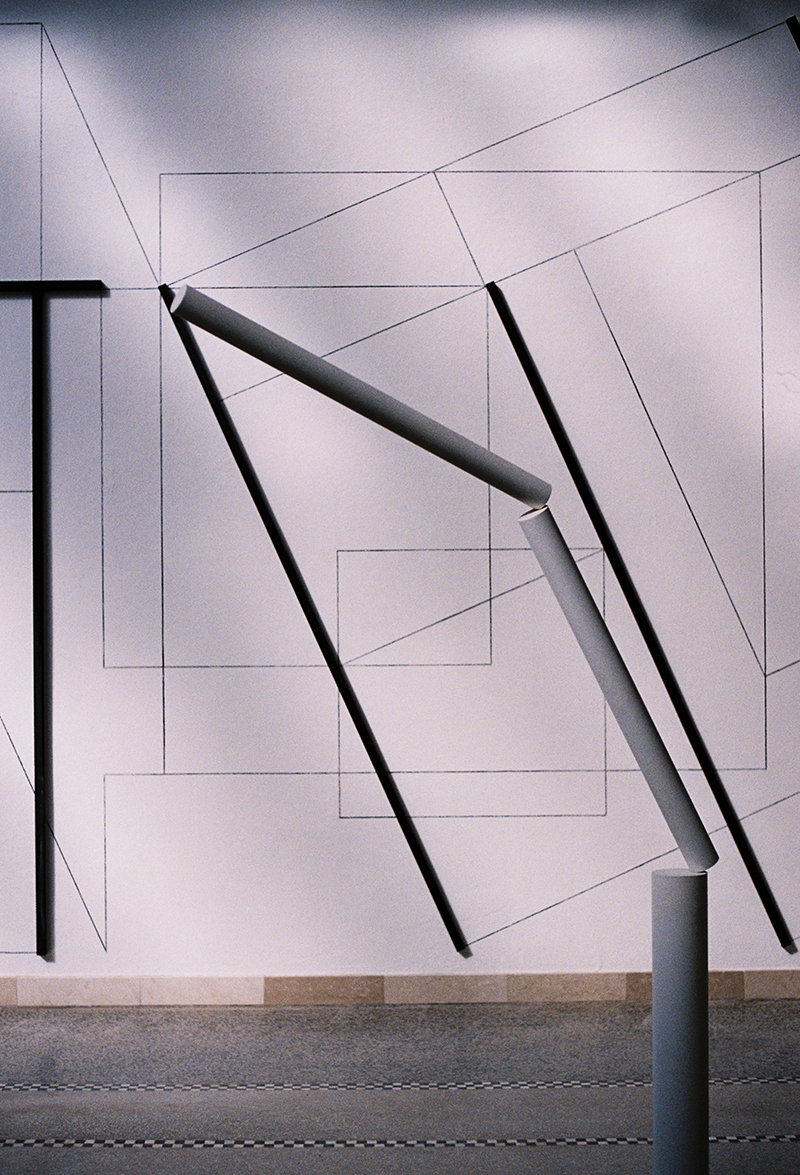 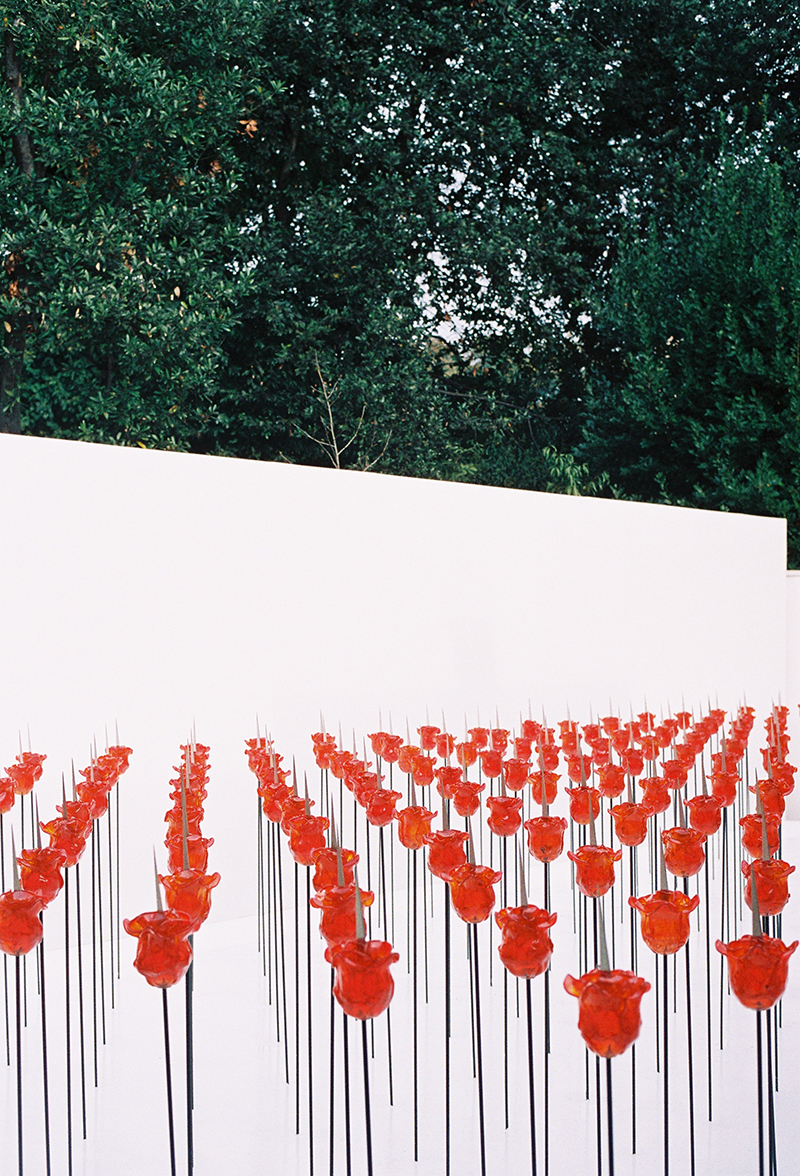 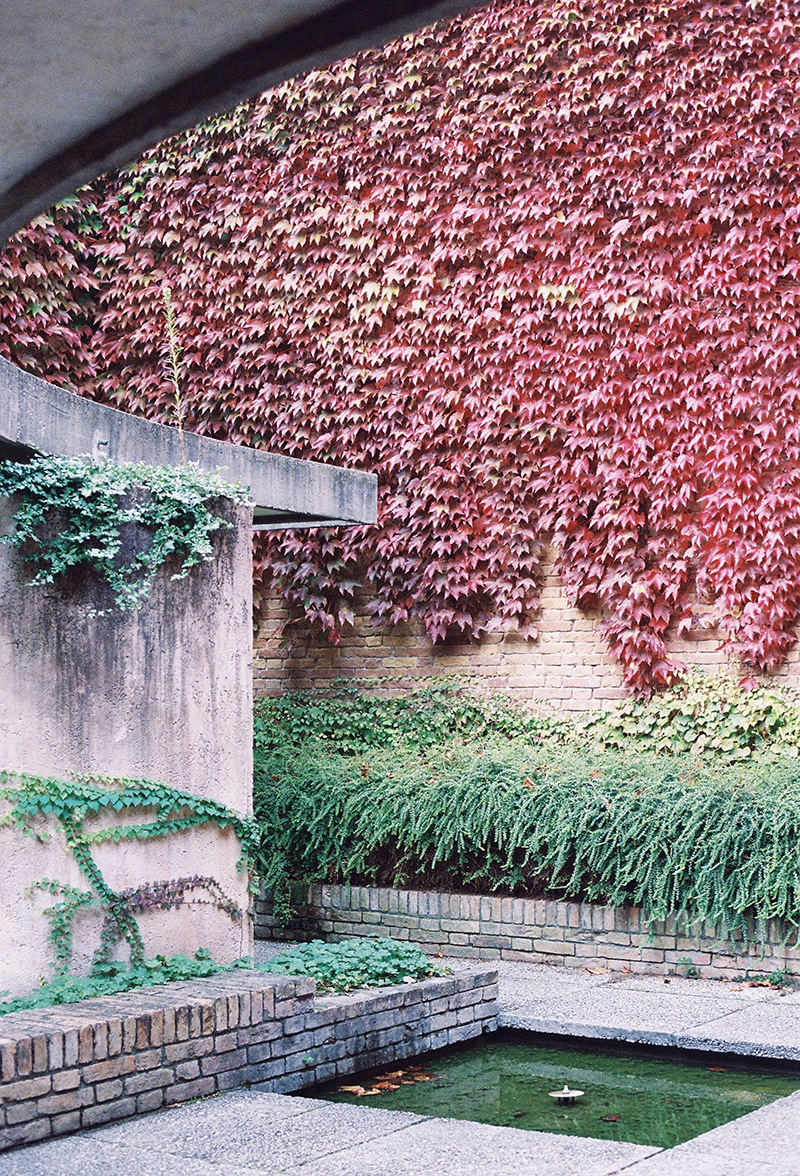