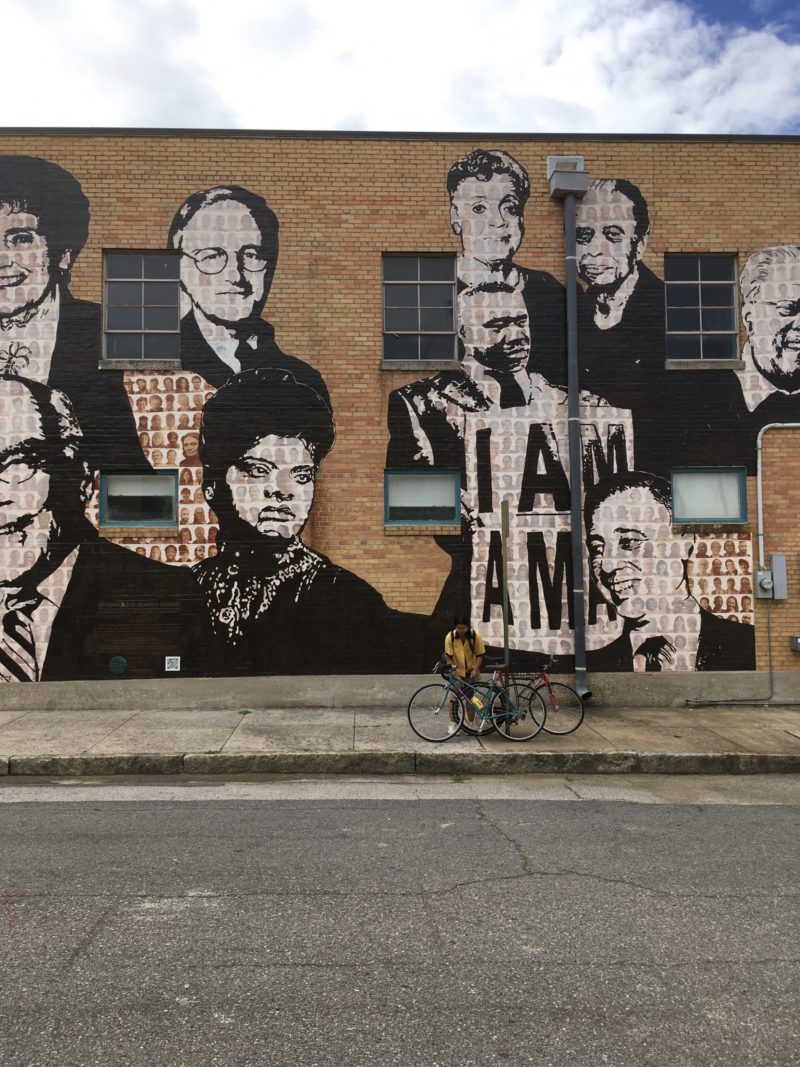 BLM, paying the rent and acknowledging our failings. —

Watching on from afar as events have unfolded in the US, it is a call to action as a whole community demand to be shown that their Black Lives Matter. These events are bringing to the worlds attention one more time the blatant and devastating effects of racism and how deeply it is embedded in society. It has brought to light how not dissimilar Australia is. More specifically the long history of injustice, slavery and prejudice towards our First Nations Community and how it still affects them in the present. But also the lack of knowledge we have on the matter.

One of the things we talked about when we started Humble was that we wanted to bring home some of the things we had learned while we lived overseas. Both in relation to actual physical work and also from a perspective of mindset. While living in New York there were plenty of things we loved, learned and grew from. One of the biggest things we found was a sense of freedom. The freedom to be whoever you wanted to be, say what you wanted to say, dress how you wanted to dress. Where we lived there was a thriving small business community, the brands were local, the food was local and it was all awesome. There was also this unabashed sense of community support, everyone did things together, collabs, gave each other shout outs on their gram etc. It was fucking magic.

Now not to take away from Melbourne’s small business scene (which I’m learning more about), but sometimes there is a sense of self consciousness here. We’re scared to give each other the kudos we deserve or rep each others gear, cos you don’t want to be so blatant with your support or you don’t want to be uncool...Tall poppy syndrome, call it what you like - it’s just a vibe Melbourne/Aus can give off sometimes.

In NYC you could be walking down the street and a complete stranger would yell out “nice shirt” and they weren’t being sarcastic, they just liked your shit and they would tell you, no strings - why can’t we do that?

Anyway I digress, what I came here to say is that something we took away from the US was the way people approached race and racism. Just like straight up saying you look awesome, it felt like they were also very upfront about race - without any self consciousness.

Living in the time of Trump all these topics became more heated - or maybe they didn’t... I’m firmly of the belief that all this junk, all this racism was always there, Trump has just given all the low key racists the confidence to put all their junk in their front yards and to display it proudly.

But, what did seem to happen more commonly in the US compared to here is that people actually talk about it, people talk about their race and what that means to them. There is pride in who you are, your journey, your family history. Here, it always seemed like the options were to be white or the ‘other’ - one big homogeneous non white other - and we don’t really talk about the ‘other’s’ until something bad happens or unless Pauline Hansen is around (let’s not talk about her though, she’s trash). We talk about being a multicultural country but we never talk about what it’s like to be one of those other cultures in this country. In the US, an Asian person can be not just the ‘other’ but a person or colour, they can find belonging and celebration as a POC beyond just being not white enough to be ‘normal’. So it was away from home that I started to think more about home and who I was and understand more about how things that happened in my childhood might have affected my identity as an adult. How growing up in a country, never wanting to sing the anthem, never feeling like you belonged, always being asked “but where are you really from?” might result in feeling a sad sense of un-belonging, being a bit lost with no understanding of what pride in country is - cos you don’t know where your country is.

So now I’m imagining feeling a deep connection to your country and pride for your land and then growing up in a world where you are told, this is not yours, you can’t have it, you can’t be here - and told this by the people who stole it from you in the first place.

It seems like the thing these two experiences have at their root is - White Supremacy. This idea that a group of people think that they can take what they want and call it theirs without a thought - colonisation. Then take that stolen land and establish yourselves as it’s inhabitants, celebrate the day you stole it and then exclude anyone you don’t like the look of from trying to come live there too - White Australia policy, Christmas Island, ‘boat people’, Manus Island...
The idea of White Supremacy is totally confronting and I’ll admit the first time I heard it in conversation recently it sounded aggressive, but now thinking about the origin of lots of things, it’s 100% there. White Supremacy is the concept that is at the cornerstone of it all.

Now my experiences growing up in Australia are not comparable to those of our First Nations Community, (I have suffered racism but I have not really suffered by any means). I merely use this as a way to illustrate how my brain has been processing the years of trauma that the colonisation of this country has been inflicting on the indigenous communities of this land. How if I was in some way affected by some standard micro-aggressions, ignorance and hate, how others who experience all this as only a minor issue; then compounded with the history of a stolen generation, continued systematic oppression and the murder of their people, how they must be feeling on the daily.

It really shouldn’t take staggering numbers of deaths to grab our attention, this has been an ongoing conversation for years, none of this is new. I think it’s time we took it a bit more seriously; there are some clear actions to start with.

I suspect there will be more to come as we dive deeper and educate ourselves; we are a work in progress.

Image: Memphis Upstanders Mural, created by artists Cedar Nordbye and Nelson Gutierrez this mural honours community-nominated Upstanders, extraordinary Memphians who embraced the challenge to speak out, stand up for others, and make decisions that have helped to create a more inclusive, just, and compassionate Memphis. Located on Mulberry St in Memphis across the road from the Lorraine Motel, the site where Dr. Martin Luther King was assassinated and now the location of the National Civil rights Museum.